Dominic Cummings and the #CumSack saga

Operation “get Dominic off the front pages” is currently in full swing. UK lockdown is being rapidly eased, against scientific advice, seemingly in a bid to change the press narrative away from Dominic Cummings and his lockdown breaches. For the unaware, Mr Cummings is Boris Johnson’s chief advisor and the messaging guru behind the Leave EU campaign. He has a history of arrogance and rule-breaking so, when he was spotted 260 miles from his house during the lockdown, the front pages were adorned with his face.

For various reasons, Boris is backing his man despite the overwhelming opinion that he has breached rules. Mr Cummings’ rule-breaking may cause a second spike in COVID-19 that could kill thousands due to the public’s lack of respect for the rules. IF the guy who creates the rules breaks them then why should be abide.

For three years during the Coalition, I worked in Westminster as Digital Content and Communications Manager for Nick Clegg and the Lib Dems. My career in politics could have been cut short though. In my first month in the job, a Daily Mail writer hacked my Facebook account and copied several private photos. He published one of me, standing in between two scantily-clad women – nothing too risqué, but it’s not the image I wanted public in my first high-profile job.

I explained the photo to the Party CEO and Nick Clegg (and his team). My career was at stake if the public turned on me, so I eagerly watched the comments section of various websites where the general census was OK. The public thought it was funny, nothing illegal and wanted the phone numbers of the two girls.

Boris Johnson has said several times that “it is up the public to decide”. We did! We decided that he is lying and should, at the very least, step down from his role. To date, he hasn’t.

The public decided my destiny any yet Boris is still standing my his man. Is Dominic more or less disposable than me?

I don’t want that answered. 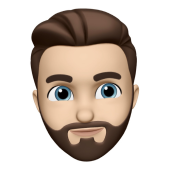 From Linkedin: Experienced and enthusiastic communications and marketing leader with a history of quantifiable success working in the pharmaceutical, political and tech industries.

How we can engage and communicate more effectively with the nation

You have Successfully Subscribed!